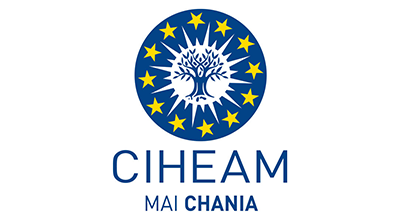 The Mediterranean Agronomic Institute of Chania, or CIHEAM – MAICh, is the 4th constituent institute of CIHEAM, the International Centre for Advanced Mediterranean Agronomic Studies, an intergovernmental organisation that was founded on the initiative of the OECD and the Council of Europe on 21 May 1962 under an agreement signed by the governments of seven southern European countries: France, Greece, Italy, Portugal, Spain, Turkey and Yugoslavia.

The 1962 agreement establishing the Centre stipulates that CIHEAM’s mission consists in “providing supplementary education (economic as well as technical) and developing a spirit of international cooperation among agricultural personnel in Mediterranean countries.” According to article 15 of this agreement, every country on the Mediterranean rim is potentially eligible for membership in CIHEAM.

In the mid nineteen-eighties CIHEAM therefore began to open up to countries on the southern and eastern shores of the Mediterranean Basin. This initiative resulted in the accession of several new member states: Tunisia (1985), Egypt and Algeria (1986), Malta (1989), Morocco (1991), Albania (1992) and Lebanon (1994).

CIHEAM is made up of four Mediterranean Agronomic Institutes (MAIs), located in Bari (Italy), Chania (Greece), Montpellier (France) and Zaragoza (Spain), and a General Secretariat based in Paris.

Since 1986, and as the 4th constituent institute of CIHEAM, MAICh pursues its three main complementary missions through

MAICh focuses on the fields of Business Economics and Management, Geoinformation in Environmental Management, Horticultural Genetics and Biotechnology, Food Quality and Chemistry of Natural Products, and Sustainable Agriculture, and it has established itself as an authority in Mediterranean agriculture, food and rural development.